Ever
since the day she came to be on the Family Tree, Evie Bee has always loved to chat. Her fondness for chatting was noted even by Nordman when he first
met her. The phrase he used was ‘adorably friendly’, which for Nordman really is strong language as he is not really known for warm fluffy talk. It
just seemed he was quite taken with little Evie Bee! In fact, with all the chatting that was going on, she even stayed in the Tree an extra day after
she was due to leave for the Valley. Evie Bee always has lots of questions for others and enjoys nothing more than to get to know someone really well.

Evie Bee eventually left the Tree and made her way to the heart of Fairy Valley and to her new home. She knocked on the door of the little fairy house
and felt so excited to meet her new fairy housemates. The door swung open and three little smiling faces greeted her. Evie Bee drew a large breath
into her fairy lungs and squealed with excitement. She knew instantly that she would be lifelong friends with these three fairies.

“Oh gosh you guys”, she gushed and ran to grab them all in a fairy hug. The four fairies hugged warmly.

One of the female fairies spoke excitedly. “I’m Laylabelle, this is Ali May and this is Jojo!” All the fairies smiled and waved one by one as they were
introduced.

“Oh my goodness guys, we are actually in Fairy Valley!!!” Evie Bee shrieked with excitement.

“And tomorrow we start Fairy School!” Ali May said.

“Well in that case, we’d better get cracking on finding what we need for our first day!” Jojo said as they helped Evie Bee in with her case.

Not long after that, the four fairy friends left their house and went in search of everything they would need when they started Fairy School. The items
on the list were as follows:

They had such fun collecting all these things together and while they collected their ladybird burps, Ali May and Evie Bee had a chance to have a little
chat.

“How do you feel about the introduction thing tomorrow?” Ali May asked Evie Bee. She was talking about the first day fairy circle: on the first day of
Fairy School, classes are arranged in friend circles and each fairy has to stand up and introduce themselves. Evie Bee shrugged, as if to say ‘no big
deal’.

“Well, Evie Bee, it just fills me with dread!” Ali May said. “I am not able to stand up and tell people about myself… I find that so hard to do
with everyone looking straight at me and with my luck I just know I’ll be picked first and all those fairy faces staring at me – oh gosh I will just
wilt!” Ali May got so worked up her little face turned bright red and two tiny tears slipped down her cheek.

“Come now!” Evie Bee comforted her friend. “It won’t be all that bad…”

Ali May was still upset, and trembled with fear as she spoke. “It’s okay for you, Evie Bee. You love to chat to everyone. I prefer to chat one-on-one.”
Evie Bee knew Ali May was right – some things made her feel a little frightened but talking was not one of them. She felt so bad for her friend Ali
May. She was such a sweet and gentle fairy, and Evie Bee was already quite attached to her. She remembered back to when they had all met. Laylabelle
had introduced them all, and in fact Ali May did not seem too scared then! She had waved cheerily when she was introduced and chatted happily to Evie
Bee when they were alone.

“I promise it will be okay, Ali May”, Evie Bee said as she hugged her friend.

Ali May smiled a little. “You think so?”

“I know so! Everything is going to be just fine,” Evie Bee smiled brightly.

Evie Bee knew then that she would have to do whatever it would take to help her friend – even if it meant looking a little silly in the process.

The next day at school, all the fairies were divided into fairy circles and Evie Bee made sure she was with Ali May at all times. When the fairies were
seated a fairy from a higher year began the chatting.

“So, let’s get to know each other a little”, she said, spinning around in the air slowly looking at all the faces. Evie Bee glanced at Ali May beside her,
and noticed she looked green with worry. And then, just as Ali May had feared, the older fairy stopped and looked right at her.

“Hey, you look like a fairy who wants this over quick! Let’s start with you!”

Ali May froze. And then in a split second, Evie Bee jumped to her feet.

“Hi everyone!” she said loudly and all the little fairy heads turned to look at her. Evie Bee giggled.

“So, my name is Evie Bee and I live in Dust Downs with my BFFs Laylabelle, Jojo and Ali May. This is Ali May here beside me and she is the sweetest fairy
in the world! Yesterday she helped a bat get a thorn from its wing so I have a funny feeling my friend here is going to be a healer when she’s a bit
older! Anyway, she enjoys getting to know other fairies one on one and she’s an excellent listener – I should know, I talk A LOT and she always listens!”

Evie Bee stopped for breath and there was silence for a moment before all the fairies in the circle began laughing and clapping. Evie Bee laughed too.
Ali May looked so very relieved. She clapped and laughed and looked lovingly at her friend. Evie Bee enjoyed the praise and even bowed a few times.

“Evie Bee, you are a character!” the older fairy smiled. “Ali May, have you anything to add?”

“Nope… my BFF covered it all, I think” she said in a small but more confident voice.

“Okay then, let’s move on” the fairy said and the next fairy stood to say their piece.

Ali May leaned in close to Evie Bee. “Thank you so, so much for that, you have just saved me and I will never forget it”, she said as she squeezed her
friend’s hand.

“Anytime!” Evie Bee beamed, delighted to have helped a friend in need. And in that moment, she truly understood that helping someone else with something
you can do easily is no effort at all! 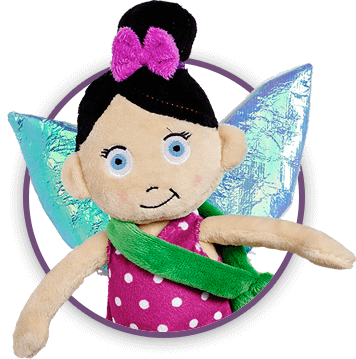 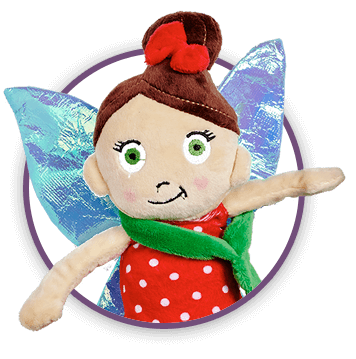