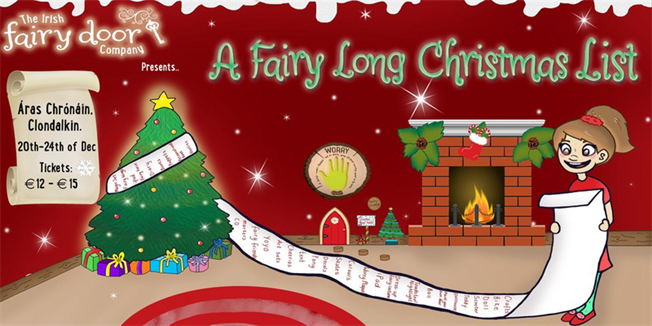 [Sally enters, her long Christmas list trailing behind her]
Sally: This is going to be the BEST. CHRISTMAS. EVER!!! Look at all the stuff I’m going to get! Seriously…why didn’t I think of this last year?!?!
[Sally’s brother Tom enters from the back with a much shorter list]
Tom: OH MY GOSH, SALLY???
Sally: I know. It’s brilliant isn’t it?!
Tom: That is the longest list I have ever seen.
Sally: I can’t wait for Christmas morning!
Tom: If you’re asking for that much, so am I.
Sally: It was my idea.
Tom: I need more paper…
Sally: Copycat…
[Tom is stopped by his mum as he is leaving]
Mum: Oh Tom, is this your list for Santa?
Tom: Yeah, but I need more paper, I have LOTS more to add.
Mum: Tom, there is quite a lot on this list already, I think that’s probably enough.
Tom: It’s nowhere NEAR as long as Sally’s! That’s not fair!
Mum: Let me see Sally… SALLY!! That is WAAAAY too long! You can’t ask Santa for all that! You don’t need half of these things?
Sally: Eh, yeah I do, And Santa is magical and the elves make them anyway!
Mum: A 60inch PINK flat screen TV?!? That is huge!
Sally: Don’t try telling me that they won’t fit down the chimney, because Santa is magical.
Mum: A PONY?? Sally you are allergic to horses?!?!?
Sally: Allergic smallergic! I want one, so it’s on my list. Santa has always brought me everything on my list and I have just realized, after all these
years, that I should be asking for WAY more!
Mum: But Sally… Santa has to give toys to all the boys and girls in the world, he can’t bring all of that to you… There’ll be nothing left for
the other boys and girls…
Tom: That’s why mine is only this long
Sally: But Mom he’s magical.
Mum: Yes but Sally he has to share the toys with all the boys and girls all over the world.
Tom: I might take one or two things off…
Sally: BUT I WANT THEM!
Mum: Well, I’m sorry Sally but Santa won’t bring you everything on that list. It is far too much. Pick a few and write a new letter.
Sally: WELL… WELL… IF SANTA WON’T BRING THEM TO ME THEN I’LL WISH FOR THEM FROM MY FAIRY!
(Sally Exits behind the curtain)
Tom: I can wish for presents from my fairy?
Mum: NO TOM!
(MUM exits, following Sally)
Tom: Oh yeah… I knew that… Silly Sally…

Fairies do not lose their magic if animals see them.

A fairy’s eye colour will change depending on the weather.

What Are You Thankful For?

As you probably know, our American friends and believers celebrated Thanksgiving yesterday and it got us thinking: we’d just love to hear from our little believers, in their own words, what they are most thankful to their fairy for?  We will pick five responses and send out a secret Thanksgiving Day Gift to each […]
Next Story →

It's time for another Q&A With Siobhéal and Fairy Clodagh... and this one's all about Christmas!!!