At this time of the year, you might see dandelion fluff (or ‘Jinny Joes’ as they’re sometimes called here in Ireland) everywhere! During the summer season
the dandelion plants sprout fluffy heads that children love to blow and sprinkle the fluffy seeds on the breeze. Even adults can’t resist a Jinny Joe!
However, what we did report this time last year was that although it’s fun to blow them, they actually have a significant and important role in the
fairy world!

We can report an interesting fact that dandelion fluff is actually a key ingredient for fairy dust! The warm summer months are frantically busy for fairies
as one by one each night they venture out of their homes and your homes to go and search for the fluff. They gather as much as possible, wrap it up
and send it through the fairy mail to The Department of Fairy Discoveries where it will be ground down and made into a very fine dust called ‘Fluff
Dust’. Other secret magical ingredients (which we don’t even know about!) are then added to make fairy dust.

The problem with dandelion fluff is that the Jinny Joes aren’t around for long and all fairies have a quota they must fill and send to Fairy Valley. It
means your little fairy could be under a great deal of pressure to make sure they collect enough. Notes can be left unanswered and important things
missed because your fairy friend is very busy trying to keep up with everything.

This time last year we asked all the believing community to get involved and help your fairies by going out and collecting some dandelion fluff. So now
the time for collecting has arrived again and we are asking all the boys and girls to gently collect any dandelion fluff they see growing wild and
place it into a clean glass jar. Place the lid on top (dandelion fluff is super light so if you don’t put a lid on it, it will blow away easily) and
leave a note for your fairy letting them know you have done a good deed and helped them out. 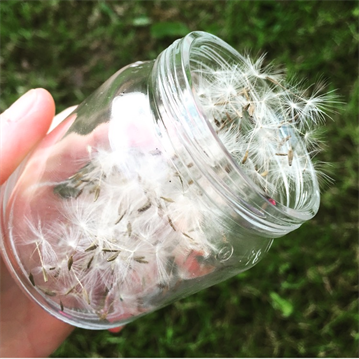 Although you won’t be around to see it, there could be actual fairy tears when your fairy realises you have done this great favour for them and they can
now get back to what they love doing – taking care of their humans!

Get out there and start collecting some dandelion fluff!!

A fairy’s eye colour will change depending on the weather.

We are SO excited! It's time for the Fairyvision Song Contest 2019!!
Next Story →

All of Fairy Valley is excited about this year's Fairyvision Song Contest! We need humans to write songs for their fairy to perform!